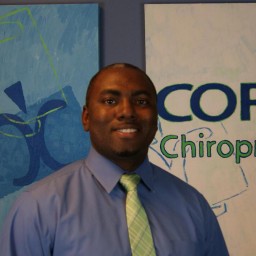 I was a bit of a Dallas Cowboy fan when I was a kid. My main team was the New Orleans Saints but I honestly enjoyed the Aikman, Smith and Irvin era in Dallas. The intrigue with the Cowboys vanished when the “Big 3” dispersed and throughout the years I started to notice how insufferable Cowboy fans were.

It’s now 2016 and the NFL Draft is in the books. I watch ESPN like most average Joes and I’m just annoyed by all the hype and headlines the Cowboys receive because of a rookie running back who is (undeniably) the missing piece to the Cowboys winning the Super Bowl. It’s in the books, the season is over, why watch the games, they have “the best offensive line in the league”, “Tony Romo is moving around better than ever at camp”. It’s really amazing the amount media coverage we see for a team that has just two playoff wins in the last 19 years.

Ok now that I got all of that out I can get to my real point. The way we think about healthcare is very similar to how Cowboy fans think about their Cowboys. Let me explain.

We’ve believed the hype with our healthcare system the way Cowboy Fans believe the hype about their team.

If you do the research, American medicine has a horrible track record. Over the years we have built huge hospitals and medical districts that are top of the line and state of the art (just like Jerry Jones’ Billion Dollar playpen) and our healthcare system is one of the worst among developed countries while also being the most expensive.

Americans are some the sickest people on Earth, despite spending the most on healthcare and consuming 75% of the World’s prescription medications. That should resonate with everyone.  We see the glitz and the glamor and are attracted to it because it looks nice and sparkly, like twinkling giant stars, but the product and results are horrendous or mediocre at best.

The ads, media, and airtime that our medical system uses seems to promote “major advances” and “new medicines” that continue to sell a false hope to the majority of the American people. Yes there are areas where allopathic medicine and even the Cowboys get it right, but the overall track record is not impressive.

You can’t always believe the media blitz. You should not be asking your doctor if “XYZ” medication is right for you. Instead, try asking “What can I do to make sure I never need that kind of medication?”

Blindly believing the Cowboys or the Medical System can make the improvements they need without major changes to their philosophy won’t work.

Whether trying to solve our health issues with more drugs and surgery or hearing about “America’s team”, many people (including myself) are tired of the false hope and misinformation that persists. We have to take an active role in our own health.

I know they’re trying to make a difference…

To take a step back, I’m sure the creators of these medical products have the people at heart and they are just trying to make a difference, but the reason this system is flawed is because the main agenda is not your health, but about treating disease and generating profits.

All of these super huge hospitals have to be filled with patients in order to stay running and the newer and better the hospital, the more expensive it is to get treated. AT&T Stadium (where the Cowboys play) is a huge and magnificent facility, and yes I toured it the first opportunity I got, but there are a lot of seats and they are not cheap. All of the hoopla that this team creates is simply to fill that stadium to capacity despite the bad product.

America is great because we have a choice.

Professional sports are just fun and games and I like to poke fun at Cowboy fans but our health a serious matter. Stop being sucked into a system that is advertising and selling blind hope and mediocrity. We have no chance of becoming a healthy nation without getting off the train of more and more prescriptions and taking a passive role in our health.

We have one of the worst medical systems in the world and it’s because we continue fall into the same traps. The choice we need to start making is to prevent disease instead of just being treated for it. Health-care instead of sick-care. 80% of disease and health issues are lifestyle related, which means they can be prevented.

If we can prevent these health issues, why don’t we?

Our approach is wrong. Patients wait until they have a symptom before they take action. Waiting for your first heart attack to start exercising is not an effective strategy. Waiting until your back pain gets so bad that the bottles of ibuprofen no longer keep it away is ignoring the signs that you need to make a change.

Many of the countries with the top healthcare systems focus on and implement preventative care such as proper nutrition, active exercising, chiropractic, acupuncture, and health screenings.

Don’t wait until your health (or football team) is in such disarray that you’re forced to rebuild.

I’m a chiropractor and I help people with pain on a daily basis, but my preferred patients are people who are not in pain and are here to prevent the many issues that can occur by waiting until disease forces them into my office.

I can guarantee it’s cheaper and less time consuming to be proactive in taking care of your health. Let’s live in reality, stop committing to a system that has not worked and start looking and listening for healthcare options that makes sense and does more good than harm. And oh yeah, WHO DAT! (Dr. Cordova Note: Ahem, that should read Go Texans!)

Dr. Bryen Brown is married to Dawn and has one son. He grew up in Bogalusa, LA and received his Bachelor of Science Degree in Biology from Grambling State University in 2008. He then attended and graduated from Texas Chiropractic College in 2012. Click Here To Read Full Bio

There are some surprising benefits of chiropractic care. END_OF_DOCUMENT_TOKEN_TO_BE_REPLACED

There are alternatives to using decompression therapy for END_OF_DOCUMENT_TOKEN_TO_BE_REPLACED

“What is chiropractic care?” Why do so many END_OF_DOCUMENT_TOKEN_TO_BE_REPLACED