Stiff And Achy Joints - Get Help With Chiropractic & PEMF Therapy 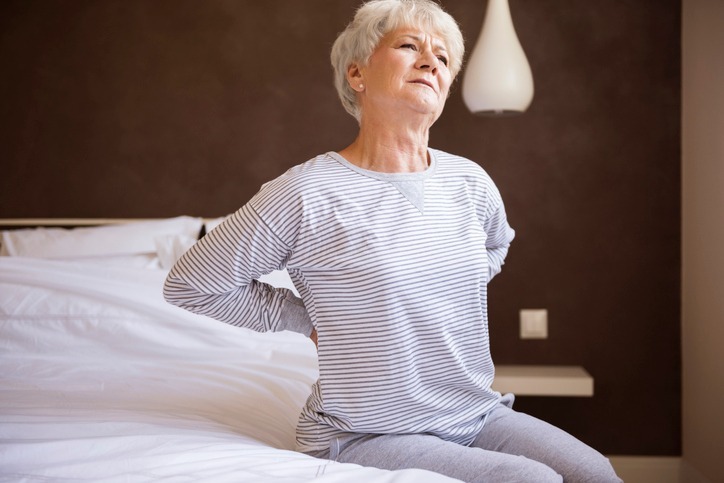 Stiff and achy joints can refer to any area of the body and any joint because all of them can, in a way, become stiff and achy. Having stiff and achy joints does not mean you are getting old, well not always. In fact, there are many conditions that can cause achy pain and stiffness in the joints of the body. The pain can be a result of old or recent injuries, degeneration or wear and tear, physical stress, passed down genetic conditions, or just being sedentary, to name a few. Below we will discuss conditions that can commonly create achy pain and stiffness in the joints of the spine and the upper and lower extremities.

A joint is the place where two bones meet. They are responsible for the mobility of the body. The muscles are the force that causes movement at the joint. Most joints are made up of four basic structures: bone, ligaments, fluid, and cartilage. Damage or injury can occur in one or more of these structures causing the joints to be stiff or painful.

What Are The Causes Of Stiff And Achy Joints?

Osteoarthritis affects over 32.5 million adults in the United States. It occurs when the cartilage that is connected to the bone begins to wear and tear.  Osteoarthritis or OA, is a condition that gets worse over time or as you age. It is common in both men and women. OA is caused by past injuries, bad posture, or repetitive motions over time. Pain presents as dull and achy, can cause stiffness, and cause decreased range of motion in the whichever joint is affected. The most common regions of osteoarthritis are weight bearing joints such as the neck, lower back, hips, knees and feet.

A subluxation is a malposition or misalignment of a bone. It refers to a bone that is not functioning or not working properly. In the human skeletal system, each joint has a specific function and motion. At times, due to trauma or repetitive situations, these bones get stuck and restrict the movement or motion of the joints. This creates pain that can be achy and even sharp in some instances. The restricted motion will also cause the joints to feel stiff. One of the common joint restrictions or subluxations are when the vertebrae in the neck subluxate, causing what most people call a “crick” in the neck. This condition can also be considered a form of torticollis.

Bursitis is the inflammation of the bursa sacs that surround and protect certain bones and structures. The bursa is a fluid filled sac that acts as a cushion. The most common areas to have bursitis are in the shoulder, elbow, hip and knee. The bursa is typically damaged by repetitive movements over time or frequent pressures such as leaning on hard surfaces with your elbow or the side of the hip. Bursitis will present as achy or stiffness, especially with motion and with direct pressure on the joint. Bursitis becomes more prevalent as you age.

Tendonitis is the inflammation of a tendon. Tendons are thick fibrous ends of the muscles that connect muscle to bone. Tendons become inflamed with repetitive motions and strains. They cause achy pain and stiffness as movement irritates the tendon tissue due to injury. The most common areas to have tendonitis are the shoulders, elbows, knees, and heels. Tendonitis in the shoulder typically affects the tendons of biceps muscle.  Tendonitis in the elbow is usually called “golfer’s elbow” when it affects the medial elbow, and “tennis elbow” when it affects the lateral aspect of the elbow. The usual suspect when there is tendonitis of the knee is patellar tendonitis which attaches from the bottom of the kneecap to the top of the lower leg. The common name for this condition is “runner's knee”. Achilles tendonitis is the common form of tendonitis in the heel. There is usually pain in the back of the leg behind the ankle near the heel.

Scoliosis is a condition of the spine in which there is a sideways curvature where the spine would normally be straight. They typically show up in your child or teenage years, possibly during growth spurts. According to the American Association of Neurological Surgeons, causes can be idiopathic (no unknown cause), congenital (embryological malformation), or neuromuscular (due to a neurological or muscular disease). Idiopathic scoliosis accounts for 80% of all scoliosis.

They also mention that scoliosis affects an estimated six to nine million people in the United States resulting in more than 600,000 office visits per year. Scoliosis patients will present with more chronic stiffness than achy pain. Those patients usually present with uneven hips and/or shoulders. Diagnosis is confirmed through imaging studies such as an x-ray.  The curvature has to exceed 10 degrees to be considered a scoliosis. Curvatures usually present as one C shaped curve or two S shaped curves.

Services That Work Best For This Condition 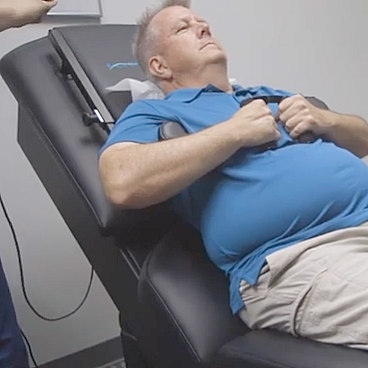 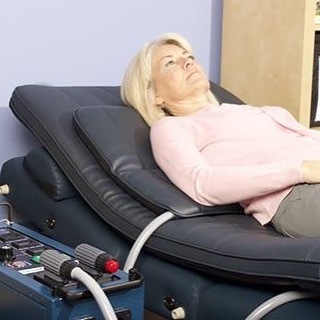 What Are The Most Effective Treatments For Stiff And Achy Joints?

Chiropractic care is designed to locate the areas of your spine that are stuck, misaligned, or both causing stiffness and pain. Finding these misalignments and restoring function is key to better health and a better functioning spine.

PEMF, or pulsed electromagnetic field, is a source of energy that helps the body repair/regenerate/rebuild naturally, enhancing the functionality of the body's cells. Imagine your body as a battery. Chronic achy pain slowly drains your body of its energy, decreasing your function and the ability for you to heal at your best. That’s where PEMF technology comes in! PEMF therapy recharges your internal battery and increases your function to the optimal energy needed to be restored.

Non-surgical spinal decompression therapy can help by allowing you to open up the spinal joint and disc on either side that is creating pressure, stiffness, and pain along in the cervical, thoracic, and lumbar regions of the spine.

At CORE Chiropractic, we utilize several adjusting techniques to help you get the best, most comfortable results possible. We take spinal x-rays to make sure you don't have any underlying conditions that will stop us from working on you, but also to establish a baseline as to where you are at the beginning of care. Later we can do follow up x-rays to show you how much has improved.

Having stiff and achy joints doesn't mean you are doomed to a life of drugs & pain.

Let CORE Chiropractic help you get back on track with personalized chiropractic care, PEMF therapy, spinal decompression therapy, and a custom treatment plan. Call today for your consultation, or schedule an appointment.